December 29, 2013 / Comments Off on How the ultimate selfie changed everything. / Posted in: Blog 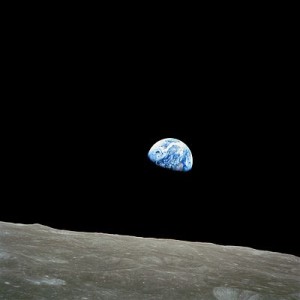 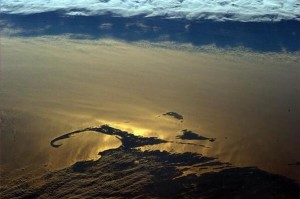 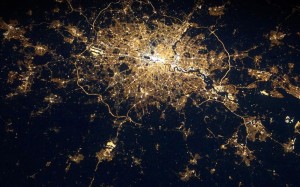 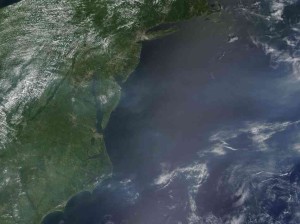 First up, just to get it out of the way, I’m going to lay out my bona fides on this topic. In 2006 I started a specialist consulting firm with no funding and no partners in a new space that most people had never heard of: social media. I had no marketing budget and I needed clients. I (along with many of my peers at the time) used what is now called thought leadership marketing to create valuable content, raise our profiles and generate leads. The company I started with nothing in 2006 went on to employ dozens of people and deliver multimillion dollar annual revenues for over seven years because of the thinking we did and the ideas we shared.

Therefore, I think it’s fair to say I know something about thought leadership marketing.

Today I see large companies (including my own current employer, SAP) identifying the obvious value of earning attention by creating compelling, relevant content. The genius of thought leadership marketing is that by positioning yourself as a leader in that particular area, you can effectively “own” it as the expert brand with the best thinking, the best ideas and, of course, the best products or solutions. GE, as an example, has done this well with the Internet of Things.

So what are people doing wrong? Pretty much the same thing they did wrong with social media. What we in the industry referred to as “build it and they will come” – simply, creating elaborate new web communities (that mostly end up dying) instead of using simple platforms to publish your own thoughtful content and joining conversations that already exist.

I firmly believe this is a comfort zone thing – everyone knows how to build a website, but very few people feel at ease engaging in existing conversations and publicly expressing (and debating) their POV as a representative of their company. It’s also, truthfully, a digital agency business model thing: there’s lots of money to be made in website builds and buying media to drive traffic, much less in helping skilled client staff share their views online.

So what do firms need to stop doing? You need to stop building online thought leadership “hubs” or “communities” on new patches of real estate. Media companies, staffed entirely with content experts, struggle with creating compelling engagement on their existing online properties – brands that create net-new space in this model are mostly hopeless at it. (I also think brands tend to measure success with a very low bar. We should be comparing ourselves to media – that is, after all, our true competition for attention online.)

You need to start identifying your internal thought leaders and follow the model that has worked so many times in the past – get them writing, syndicate their content, get them speaking at conferences (where many industries are sorely under-represented), engaging as themselves online where the important conversations are already happening. Corporately, you can create valuable content and background material that adds to these conversations, and share it.

December 2, 2013 / Comments Off on Sales pipelines and non-linear pharmokinetics / Posted in: Blog

When I ran my own business, I had a solid, tried-and-true, 3x pipeline. That was absolutely, 100% the math. For every $3 in prospective sales, we would see $1 in booked revenue, and this was the case for years. Until it abruptly wasn’t. For whatever reason, the ratio started to shift, and we began closing less than 30% of deals.

Clearly it was time to move to a 4x pipeline. If we were going to maintain the same amount of revenue annually, we needed to increase the number of opportunities were were pursuing. So that’s what we did.

Let’s park this parable for a moment and jump to an article I came across last week. It turns out that a popular pharmaceutical contraceptive doesn’t work well for women who weigh more than 165lbs (75kgs) and doesn’t work at all for women over 176 lbs (80kgs). The article explained that the reason for this was something known as “non-linear pharmokinetics”. Essentially: taking y of a drug = x of the drug in your bloodstream. However, for some drugs, taking 2y does not = 2x in your bloodstream, it may still be 1x or even less, depending on your metabolism.

Which is why this particular contraceptive doesn’t work for women over a certain weight. Because of non-linear pharmokinetics, you can’t take enough of the drug for it to work if your body mass is above a certain amount.

And this is the connection I began to think about as it related to our sales pipeline long ago. Even though we created a 4x pipeline, our revenue did not respond accordingly. Because it turns out that there’s something very similar to non-linear pharmokinetics that happens in sales. According to a Sirius Decisions study released this year, B2B companies with 3x pipelines perform much better than those with 4x pipelines – by about 32%. The reason is explained as quality – when you increase pipeline, and lower expectations of productivity, we encourage sales professionals to reduce quality. That’s certainly what we saw in our own 4x experiment, which didn’t do a thing. We ended up refocusing our efforts on the right clients, instead of all the clients.

The reasons for these two different but similar phenomenon (put more of x into the system, which doesn’t generate linearly more y) is the multiplier. It’s an additional variable that we, in our quest to see simplicity where it sometimes is not, forget about. The good news is that these unconsidered variables in other circumstances can sometimes actually generate more value, especially in a knowledge-based business. You can read more about that in this fascinating article by Daniel Rasmus about the Serendipity Economy.

Do you have any examples of this from your own work?