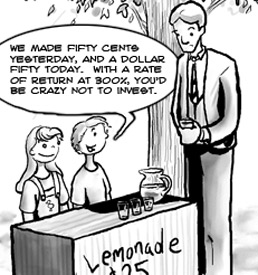 In Canada, we have a seasonal, cultural tradition known as the Roll up the Rim to Win. Though I’ve never won big, I will usually have a few rolls where free coffee begets free coffee which begets free doughnut. But this year, not so well. Over the month that the Roll up the Rim contest was underway, some 30-odd coffees earned me only a couple of doughnuts. So I was quite jealous when Zoe revealed to the office that she was 100% for Roll up the Rim season. A full month and she had perfect wins on every cup. Unheard of!

Turns out, she had only had two cups over the course of the month, so her winning streak … not so much of one.

Context is everything when it comes to measurement.

Individual datum is a puzzling enigma. Your podcast had 1,000 downloads. Without any other points of reference, you can look at that number a dozen different ways and be no clearer as to what it means.

The more data you capture, the clearer the picture will become. Your podcast had 1,000 downloads today, 50 downloads last week and 45 the week before that. Put into context against the previous days, and suddenly your measurement is no longer a meaningless figure but part of a story. Set your numbers against something and you will begin to gain a sense of proportion.

But even then, the picture may be distorted; a funhouse mirror representation of the truth. Your podcast had 1,000 downloads today, but it resulted in only a handful of positive leads for your sales staff. Last week, with fraction the number of downloads, you had twice the results. The reason being that the bump in traffic came from a popculture site with millions of visitors that found an aspect of your program amusing, and linked to it. None of those people were nor would they ever be customers of your custom molded pipes. And this upcoming weekend being the big plumbing supplies conference, your typical audience is likely on the road.

Now, at last, the picture is clear. Context is everything when it comes to measurement.