In a very serious way, according to this this release from comScore.

Here are the vital stats globally:

And Facebook has actually outstripped MySpace in North America, with 68.4% of the total unique visits to MySpace’s 62.1%

You will recall that on May 24th, 2007, Facebook opened their APIs – it will be interesting to see some numbers that show the impact of that strategy shift over the longer term.

This should come as no surprise to anyone save those who have drunk too deeply of the Kool-AID. According to a recent report from the Pew Internet & American Life Project, 62% of those who view video online prefer that which is “professionally produced”.

Why would we expect anything less? As online video matures into a viable source of entertainment, viewer expectations will rise to that of other media – it better look and sound good, or they’ll go elsewhere. You heard it here first, content producers – especially within the enterprise – the honeymoon will not last. You’d better get professional, and fast.

And, once again – the obligatory chart:

The full report is available here.

New look at Canadians and Blogs

This time from Ipsos-Reid. Still no consensus on how many Canadians have actually read a blog (they say 34% of Cdn Internet users have visited one, while other studies have different results).

Some nice context for marketers thinking about using blogs in particular as part of their marketing mix:

Welcome EPS21 Social Media Today, the official podcast of the Social Media Collective. In today’s episode, we speak to Debbie Weil about the flurry of discussion surrounding her blog post and email soliciting comments for a client project: the GlaxoSmithKline Alli Connect blog.

This week Debbie Weil found herself uncomfortably embroiled in a flurry of discussion around both the ethics and seemliness of soliciting comments from the public at large and her colleagues in private for a client’s blog – the GSK-funded Alli Connect blog. In today’s episode she explains why she thinks there’s nothing wrong with encouraging people to visit and participate in a project you’re working on, expresses regret for the wording of her email to colleagues and points out that David Murray‘s posting of that private correspondence raises some ethical issues of its own. Debbie and I speak frankly about what her client thinks about all of this, the success of the Alli blog and whether she’d do it all over again.

A link to this arrived in my inbox not too long ago. Of course Factiva is in the business of selling reputation management/social & other media measurement services, so it’s in their best interest to explain how important these services are to every company. As it happens, however, I think they’re right – and I’m not alone. Here’s a snippet of research from the The Hill & Knowlton “Reputation Watch”:

More than 90 percent of analysts agree that if a company fails to look after reputational aspects of its performance,it will ultimately suffer financially too:98 percent of surveyed analysts say this contributes to their assessment,while 93 percent cite transparent disclosure and consistent communications with key stakeholders as key contributors.According to the survey report,“This clearly demonstrates the absolute central importance of stakeholder management and communications to the modern company. It shows without equivocation that good communications add value and poor communications destroy value.”

I had the absolute pleasure of being a guest on Paul Gillin and David Strom‘s Tech PR War Stories Podcast this past week. Our topic? “The Ins and Outs of Social Media Marketing“. Have a listen!

How Napster paved the way for Web 2.0 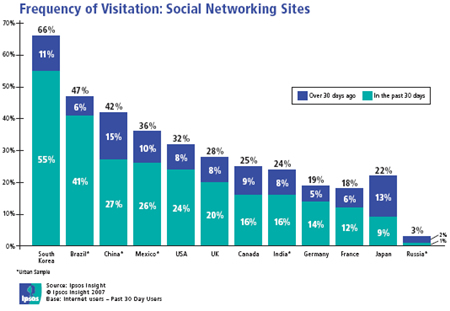 Welcome to the nineteenth edition of Social Media Today, the official podcast of the Social Media Collective. In this episode, I interview Mary Hodder, Chairman and founder of Dabble.com, a California-based video search and discovery community.

Mary explains what Dabble is and how people tend to use it, the role of metadata in what they do, why ZeFrank hosts his videos at Revver.com and her background at the Berkeley School of Information Science and thoughts on search and how it has evolved. Mary also explains how her innovative work and perspectives on improving search algorithms motivated her to start Dabble, the perils of VC funding and the ins and outs of their business model. She also notes that video search today feels like text search did in 1997, discusses the difference between semantic and contextual mapping, shares their revenue-sharing model with partner sites, widget syndication strategy and explains why Dabble is not afraid of Google.