So, in case you live under a rock (or just not in Canada) yesterday it was big news that the United Church of Canada will be spending some $10 million over the next three years in order to foster greater discussion among its congregants and get some new bums into pews.

Their method of approach is pure Web 2.0 – they’ve set up a social networking space called WonderCafe.ca in which registrants can create a very basic profile for themselves (no ability to add anything more than some text and upload an image – and I found that problematic), create a blog, and join some discussion threads which are seeded with topics at the moment, but which will basically be a free-for-all (there’s already a pretty good thread about censorship on the site – seems some posts were either deleted or they had a data problem – let the conversation unfold!)

There’s also a pretty funny viral element – the EZ Answer Squirrel videos, which the UCC is hoping users will email around to create additional buzz.

At any rate, what’s getting the most press is the use of some pretty cheeky ads to generate discussion – you can download them (also problematic) from the Wonder Cafe media room (I’m unable to give you links to individual pages – is it possible that the developers actually created this site using frames?) And that was partly why CTV News Net was looking for a fresh angle when they asked me to do an interview yesterday afternoon. 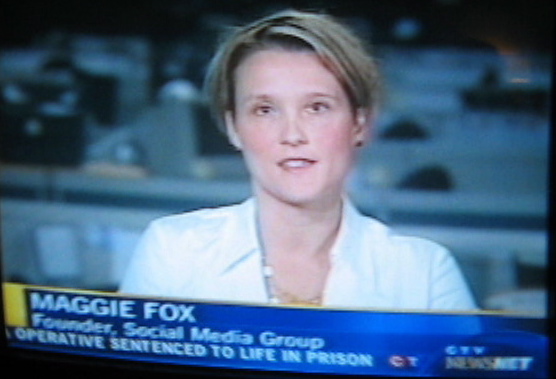 We discussed (the ads) which I re-directed, not really being a media analyst, and then talked about what the UCC has created, how it works, who uses blogs and the internet and whether the market they were after (30-45) was correctly targetted (I feel they’re aiming a bit lower, 18-34’s are the biggest social media consumers, and while 68% of MySpace users are 25+, the numbers start to drop off once you hit 34). I made the point that to have discussion you need to have dissenting viewpoints, and those ads have certainly generated that (personally, I think they’re very thought-provoking and intelligent, once you get past the shock of seeing Jesus in the context of a suburban shopping mall – and why is that offensive, anyway?)

At any rate, as the Rev. Dr. Keith Howard stated in the Wonder Cafe press release,

The Church believes in open, honest discussion. With WonderCafe.ca we’re opening our doors to listen and to engage. The Internet provides the opportunity for rich and far reaching conversation.

So Keith seems to “get” the whole social media thing – let’s hope that their technology co-operates, they’ve got a good plan in place to keep things going, and that the people therefore come to create the content, have a discussion and form a community. We’ll check back on them from time to time and see how they’re doing. High marks for bravery.