All posts in “public relations” 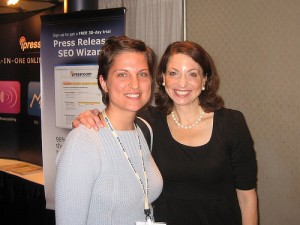 I had the privilege of attending the 2008 Public Relations Society of America International Conference in Detroit. I’ll be writing an account of each of the sessions I’ve attended and highlight the take-aways from each presentation.

One of my favourite speeches at 2008 PRSA was Penelope Trunk’s keynote on careers and work-life balance. She had a refreshing outlook and an engaging personality which worked well on stage. Unfortunately, the buzz around her session wasn’t the context of her talk or her amusing stories.

It was about ‘spin’.

She must have used that word over 40 times in the span of an hour. Despite the complimentary fashion she used it in each time I could see the twitches that many people developed. Because of their own fears, those people had blinders on and lost the point that Penelope Trunk was making.

Even during the socials afterwards, I witnessed a sea of rolling eyes and shaking heads. All I could think was, “That’s all you got out of her speech? Were we even in the same room together?”

The argument made was that the profession gets so much grief already; we don’t need to aggravate the situation ourselves.

By believing in the meaning behind that word we give it power. We can’t ignore the word, can’t forget it, can’t stop people from saying it and certainly can’t take it out of the dictionary.

Well, what can we do?

We can behave like PR professionals and do what we do for all our clients and help manage our brand.

1)    Change the content: One of my favourite sayings is, “If you’re going to be naked you better be buff.” It means that you can’t change perceptions if there actually hasn’t been a change. I believe that’s happened. PR is no longer a seedy profession and there are many talented and ethical people practicing.

2)    Change the connotation of the word: The meaning behind ‘spin’ was added by our culture and history; it doesn’t actually mean what we think it means.

From Wikipedia:
“In public relations, spin is providing an interpretation of an event or campaign to persuade public opinion in favor or against a certain organization or public figure.”

Okay, that seems pretty fair. But it goes on…

(aside: I chose to use wikipedia instead of a dictionary because it provides greater insight to the culture and connotation behind the word)

Okay, this is where that problem lies, but it’s still easier that than trying to change the meaning of the word ‘fat’ or ‘stupid’; the word ‘spin’ is not actually an insult. The history of bad PR just made it that way.

Well, how do you change the meaning?

Let’s take it back. Stop ignoring it and pretending it doesn’t exist. Instead, use the word in a context that you agree with, one that isn’t insulting. Help to change the meaning so that it’s associated with something neutral or even positive. In doing so, you take the power because no one can insult you with a word that you use as a compliment.

You can’t control the word but you can change the perception.

Looking back, Penelope Trunk’s speech was doing just that. She was using the word in a complimentary fashion and if anything she was helping this industry, not hurting it. It was our own fears and preconceptions that got in the way.