I had the pleasure this past week of attending the Society for New Communications Research symposium in Boston, spending a little over 12 hours first listening to some of the best minds in the business talk about their work and research as it relates to social media, and then enjoying an entertaining and energizing dinner with a wonderful group of bloggers and others – some I already knew, some I didn’t, and all of whom I look forward to catching up with again.

A small selection of highlights from the Society for New Communications Research Symposium (aka SNCR, pron. “snicker”) in Boston last week:

There was also a very interesting (and seriously top-notch) panel discussion with a bunch of big-business social media types including Chris Barger of GM, reps from Sun, Dell and Coca-Cola.

The topic that seemed to engage the audience most was the way in which Coke (eventually) leveraged the Diet Coke and Mentos Experiment video created by Eepy Bird. In his presentation, the gentleman from Coke pretty much glossed over the fact that the company’s initial response clearly indicated they had no understanding of the power and value of the video and excitement it generated, focusing instead on their subsequent efforts to engage. I asked him about what it had taken Coke to get from dismissive to directly involved, it would have been an interesting perspective on the issues facing large, less-than-nimble companies. However, his answer contained mostly platitudes and excuses, which was a bad move with the SNCR audience. Follow-up questions were tough, as the SNCR Twitter stream documents, though some came to the company’s defence. Too bad Coke guy couldn’t have been a little more transparent, his honesty would have been valuable and appreciated.

The closer for the event was Shel Israel’s presentation of preliminary results from the SAP Global Social Media survey, commissioned by Mike Prosceno, VP of Marketplace Communications for SAP [full disclosure: SAP is a client]. Complete survey contents will be released via Shel’s blog. While it was interesting to learn about the process and hear anecdotes, I am looking forward to diving a little deeper into the data to get some real insight over the next few weeks and months.

Finally, the capper for the day’s events was a blogger dinner, attended by Bryan Person, Shel Israel, Chip Griffin, Stephen Voltz (from Eepy Bird – generally referred to as the “Diet Coke and Mentos Guy” – he’s the one wearing the goggles in the videos), Laura Athavale Fitton (aka Pistachio), Michael Krigsman, David Parmet and Phil Gomes. Paul Gillen and Sarah Wurrey also hung out with us for awhile. It was a great time, and most of us Twittered all through dinner, though laptops on the table were discouraged. I count myself very lucky to have made some new friends – and I look forward to seeing everyone again soon!

The SNCR’s next event is the much larger New Communications Forum in Sonoma, which is now very much on my radar. Hope to see you there! 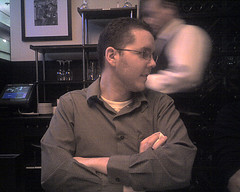 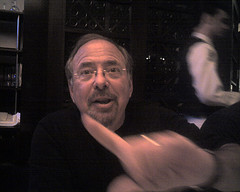 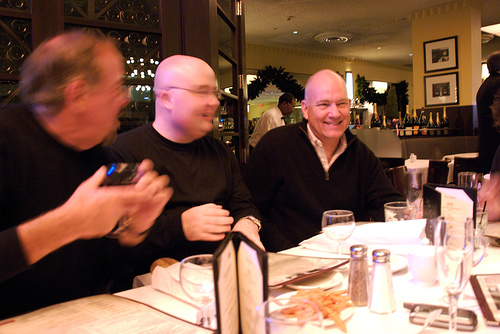 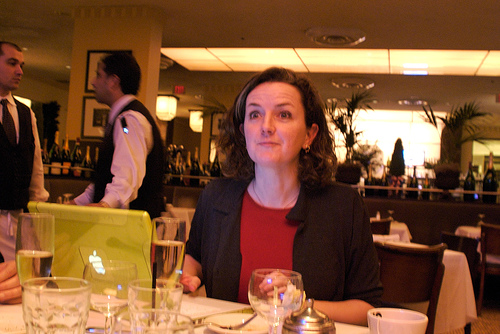 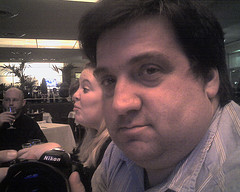 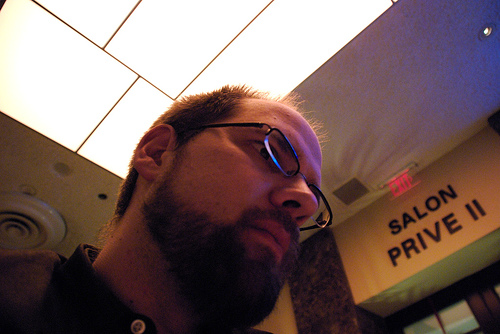 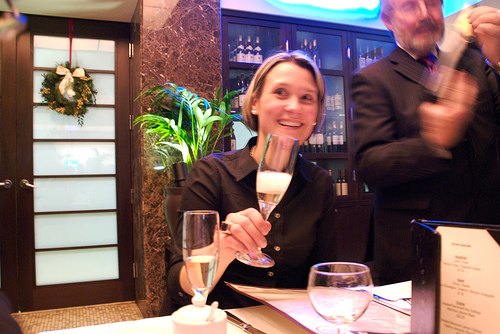