Exciting times, my friends! I have been asked to host a roundtable on corporate blogging at the Media in Canada Forum in Toronto on October 3rd.

Of course, this necessitated getting a picture and bio together, which isn’t fun at the best of times. I did notice one of the speakers used an old soccer team picture. I thought this was cute and contemplated something similar, but then I realized I would be copying. So I went with a regular headshot, which I will now commence using on this blog: 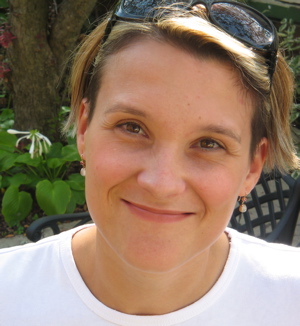 Anyway, back to the really exciting part – determining what we’re going to talk about! I have to say that I’m mostly interested in listening, rather than talking. And I’m not so much interested in talking to new media people, rather “old media” types and agencies – I want to know how the market is feeling about corporate blogging. I have to say that I find myself walking the line on the whole issue of “do or die!” – I think it’s a bit of a crock. There are many challenges for companies and SMEs that want to engage their customers through blogs, not the least of which is resources and the risks associated with uncontrolled, broadcasted messages. I guess you could liken blogging to the phone – no executive would ever consider not allowing employees to communicate with customers by phone. But, of course, phonecalls that go bad can’t be infinitely broadcast in the billion-channel universe that is the Internet.

Nonetheless, as traditional methods of engagement wane, new and creative alternatives will emerge – blogging’s one of them. I think it’s time to commence a thorough and complete-ish evaulation of who’s doing it well, rather than the haphazard, “Like this one so I’m gonna blogroll it,” pattern most people follow. I will post the results of my survey here. Stand by – this will evolve.